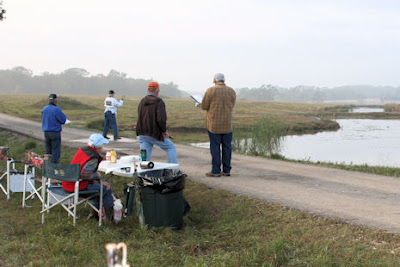 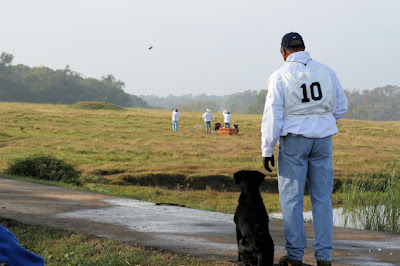 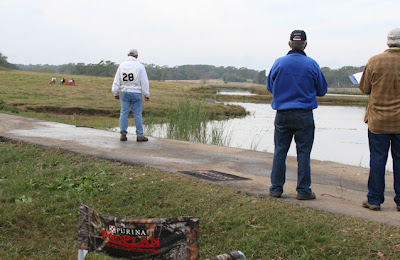 Much of the same again this morning. One dog had a recast on the mark that I would call confusion, but I'm not judging...another dog barely stayed out of jail on the very first cove of water on the blind. One dog went right of the boat. A few dogs have been extra "watery" wanting to stay too far to the right of the line to the blind.

Ray Voigt had a no-bird on the flyer, and this would be a case where having the policy of coming right back after the first no-bird could certainly adversely affect a dog's work, as Ray's dog had to sit through two shot flyers in a row and then do a blind, while the other dogs have to deal with one flyer.

Most work is pretty workmanlike as was the case yesterday.
Posted by Nat'l Retriever Championship by Vickie Lamb/Retriever News at 11/13/2008 08:04:00 AM